16 Reasons Why Sleep Should Matter to Physical Therapists

Sleep impacts so many different aspects of our health and life. I want to highlight 16 reasons why this topic of sleep should matter for us as physiotherapists.

#1: Sleep Affects A Lot of People

Disrupted sleep affects a large portion of the population. When looking at the stats, sleep problems are common. In the USA, there are an estimated 50-70 million adults suffering from a sleep or wakefulness disorder(Colten & Altevogt, 2006). And about 1/3 of the adult population is affected by insomnia on an occasional basis, while between 9-12% experience insomnia on a more chronic basis (Morin et al, 1999).

When looking at the Canadian data, survey studies show that 20% of Canadians are dissatisfied with their sleep. More importantly, 40% reported having at least one symptom of insomnia. (Morin et al, 2011).

With the aging baby boomer population, our patient caseloads will likely see an increase in older adults. Disrupted sleep is more common within this demographic. Research has shown that nearly 30% of all older adults (>65) have problems with staying asleep. (Bliwise, 2016).

Disrupted sleep affects sport and motor performance. There was an interesting study that was published in the Journal of Paediatric Orthopaedics in 2014 (Mileski et al, 2014) evaluating the impact of sleep on injury prevalence in adolescents. Although it was a small data sample of 112 adolescent athletes, they found that the amount of sleep per night was associated with injury risk. Athletes who slept less than 8 hours per night had a 1.7 times greater risk of being injured than those who slept more than 8 hours. They say:

“Sleep deprivation can affect motor function, mood, and cognitive functions, all of which could affect a young student’s athlete’s performance and injury risk.”

Chronic insomnia, the most common sleep disorder, affects our general health in a number of areas. In a cross-sectional, retrospective study, researchers discovered that those with insomnia reported more medical problems than those without insomnia. In fact, the adjusted odds ratio (adjusting for depression, anxiety and other sleep disorder symptoms) of having any chronic medical problem was 5.17 times higher in those with insomnia than those without insomnia (Lichstein et al, 2016).

#5: Many Patients with Chronic Pain Have Sleep Problems

Poor sleep isn’t just related to episodes of acute pain. A strong majority of those with chronic pain have sleep problems. Studies have shown that 50-70% of those with persistent pain have poor sleep quality. (Haythornthwaite et al, 1991). The research is still evolving in this area, but researchers are beginning to understand that disrupted sleep and chronic pain share similar neurobiological pathways.

Motor performance matters in what we do as physiotherapists. Sleep deprivation studies (Fullagar et al, 2014) highlight the impact on performance:

Sleeping less than seven hours per night has been shown to decrease performance testing in alertness, reaction time, memory and decision making.

#9: Poor Sleep is a Driver for Chronic Pain

Although it’s not apparent on the surface, research has been showing that poor sleep is a driver for chronic pain. In a 2008 study of the general population, research highlighted the relationship between sleep duration and following-day pain. The study showed that getting less than six hours (or more than nine hours) of sleep was associated with substantial increases in pain frequency the following day (Edwards et al, 2008). As well, research has shown that poor sleep can lead to increased attention to pain during the day which can predict night-time sleep disturbance (Smith et al, 2004).

The relationship between sleep and headaches continues to evolve. Those with tension headaches were 3X more likely to have severe sleep disturbance. And this number increases substantially for those with migraines and chronic headaches (Odegard et al, 2010).

It’s no surprise that those with fibromyalgia experience sleep troubles. It is one of the clinical symptoms associated with this syndrome. Studies have shown that 94-96% of those with FMS are poor sleepers. Although it’s worthwhile to note that self-reporting within this demographic is often worse than objectively measured sleep deficits (Martinez et al, 2014). Research is beginning to show that sleep predicted pain in this patient population and sleep quality was predictive of long term pain (Bigatti et al, 2008).

#12: Poor Sleep is a Hallmark Symptom of Concussion Patients

Sleep disturbance is a hallmark sign of a concussion syndrome. Neurocognitive screening is increasingly used to help with the management of concussions and return-to-play and physiotherapists are becoming more involved in concussion management. Interestingly, sleep can impact the results of neurocognitive screening of patients. Research has shown that athletes getting less than 7 hours of sleep the night before testing will have lower scores and higher total symptoms on baseline testing. As well, subjective sleep quality is correlated to a greater number of symptomatic complaints with baseline testing (Kutscher, 2016).

Whether you’re working with patients in an acute care setting or a community setting, having patients with strong immunity is a foundational pillar in healthy living. Experimental evidence has begun to confirm our understanding that sleep deprivation increases our susceptibility to illness while sleep helps our recovery from illness (Peever et al, 2007).

Sleep has been shown to have significant effects on our ability to perform tasks. Whether driving a car, operating machinery, etc, our patients need to be safe in performing their daily activities. Research has shown that skipping a night of sleep has the same impact as being legally drunk. There are hundreds of thousands of accidents each year that are a result of excessive sleepiness.

Obstructive sleep apnea is a commonly under-diagnosed sleep disorder that can be putting our patients’ lives in danger. Those with obstructive sleep apnea have a 20 year shorter life expectancy and they have a higher incidence of hypertension, coronary artery disease, strokes, GERD, heart failure, and heart attacks (Chung et al, 2008).

It’s Time to Not Take Sleep for Granted

As you can see, sleep’s effects are far reaching for our patients. Sleep is something that we take for granted. Unfortunately for our patients with sleep problems, it can be a lonely journey that impacts their health, their relationships, their mood and their pain. 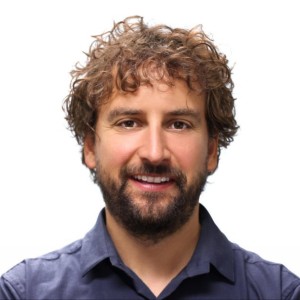 As a physiotherapist with over ten years of clinical experience, I’ve travelled a unique path of self-discovery and clinical experiences that has brought me to a place of deep clinical fulfillment and raving client results. I’ve gone through the valleys of doubt, the whirlwinds of overwhelm and the desert of desolation to come to a place of flow in my patient interactions and assessments.
Learn more about Andrew here

Stop Trying to Motivate Your Patients To Exercise

Why Patients Struggle to Implement Change

When Physiotherapists Get Stuck: Demystifying the Pitfalls of Feeling Like You Need More